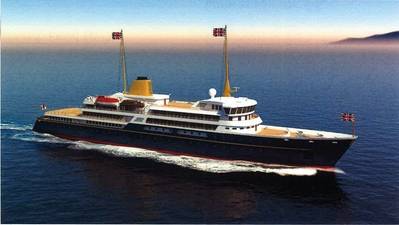 Britain is planning to build a new flagship to promote its business and trade interests around the world, the government said on Saturday, in a move it said would also reinvigorate the nation's shipbuilding industry.

Britain said the ship, once built, would host high level trade negotiations and trade shows, and the cost of the shipbuilding project would be confirmed once manufacturing contracts were tendered.

Construction of the ship is expected to begin at a U.K. shipyard as soon as next year, and the ship will enter service within the next four years. The tendering process for the design and construction of the ship will launch shortly, with an emphasis on building a vessel which reflects British design expertise and the latest innovations in green technology, the government said.

"This new national flagship will be the first vessel of its kind in the world, reflecting the U.K.’s burgeoning status as a great, independent maritime trading nation," Prime Minister Boris Johnson said. "Every aspect of the ship, from its build to the businesses it showcases on board, will represent and promote the best of British—a clear and powerful symbol of our commitment to be an active player on the world stage."

The government said the name of the ship would be announced in due course and that the newbuild would be the first national flagship since HMY (Her Majesty's Yacht) Britannia was decommissioned in 1997.

The ship will be crewed by the Royal Navy and is expected to be in service for around 30 years. 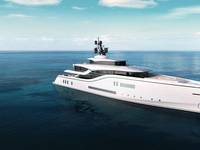