Is there anything at Miami Yacht Show for under $1,000 besides parking? Stuff that nautical aficionados and mere mortals aspiring for the yachting lifestyle can actually afford? Fear not, there was something for everyone at Miami Yacht Show. Yachting Journal found the coolest deals for your vessel and man cave.

Stop or I’ll shoot…pepper spray in your general direction?!? LifeLite is a nonlethal alternative to a firearm, and also looks and functions like a heavy duty flashlight.

When depressed, the trigger fires pepper balls in the precise direction of the laser beam. The whole idea behind LifeLite is to have enough time to run away while the attacker regains vision and perspective.

“I shot my wife with it,” said Bob Drebar, adding, “She volunteered to get shot. The mass won’t knock you down but all you have to do is breathe it” and you’re temporarily incapacitated.

While “coming close” to a target is usually beneficial only when playing with horseshoes and hand grenades, it’s really all the skill required to protect oneself with LifeLite. For someone who cannot hit the side of a barn, the shooter only has to aim in the vicinity of the assailant - blinding the attacker with exploding pepper bombs to inhale enough pepper power for you to make a clean getaway while they experience sneezing hysteria.

LifeLite holds five pepper balls wills with PADA, synthetic material pepper powder. The PepperBall LifeLite is a device that combines an CO2 launcher with a 5mW laser sight and a 350-lumen LED flashlight. Designed to be easily portable and purse friendly, LifeLite comes in a black, heavy-duty polymer body weighing in at 1.75 pounds and measuring 11.25 inches long. It also has a wall mount for a garage.

The Jupiter foldable electric bike is contained in a backpack. That way your back will hurt too, not just your legs from peddling like hell to give your rear a ride.

With a lithium rechargeable battery, the electric Jupiter Bike makes travel easy with its powerful motor and lightweight alloy frame. For adrenaline junkies, this bike gets up to a whopping 15mph and goes 10 miles on a single charge. With a one year warranty and durable construction, Jupiter Bike weighs only 25 pounds and is so compact it can be folded and reassembled in less than one minute.

For anglers, Dan Matthews has turned swordfish bills into collectible decor. After catching a swordfish, most fishermen cut the head off and throw it back into the water. When Matthews’ friend, a commercial fisherman, asked him to paint a wall hanger years ago, a new business emerged with a canvas previously discarded as organic trash.

Matthews also paints airboats and murals to specifications and creates attractive jewelry out of bone and antlers. The circle hook necklace is an angler preference because its sharply curved back allows it to generally catch more fish and is rarely swallowed. 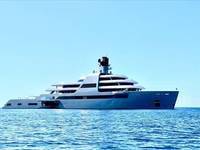